Today we had time for a relaxing last walk around the historic centre of Bukhara before heading to some of the sights outside of the city. First we went to Chor-Bakr, a memorial complex built over the burial place of Abu-Bakr-Said who died in the year 360 of the Muslim calendar and who was, apparently, one of the four descendants of Muhammad. It was pretty but not really a touristy place as it is also an active cemetery. 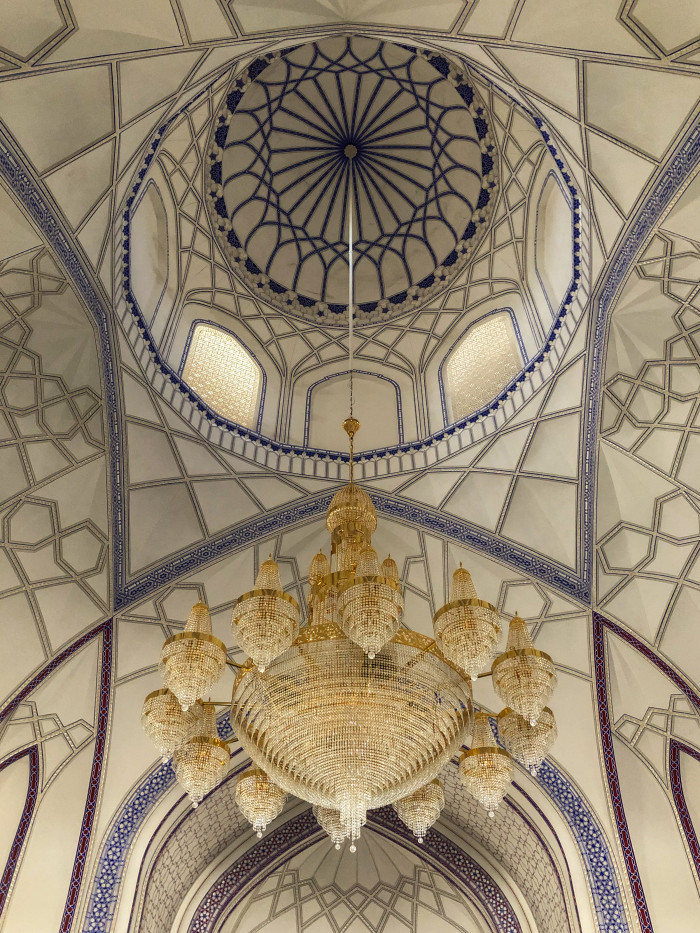 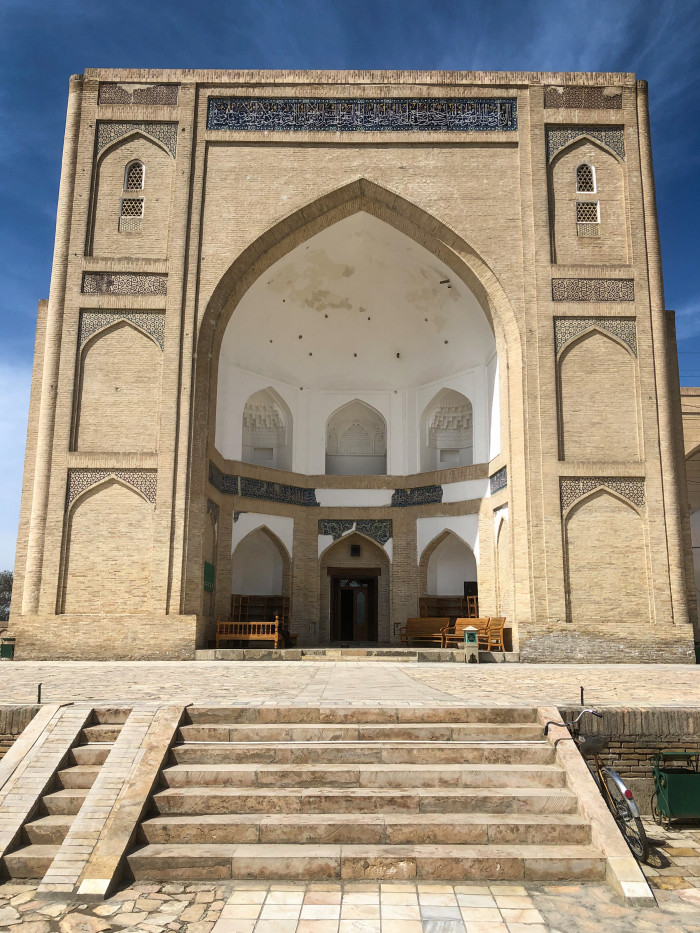 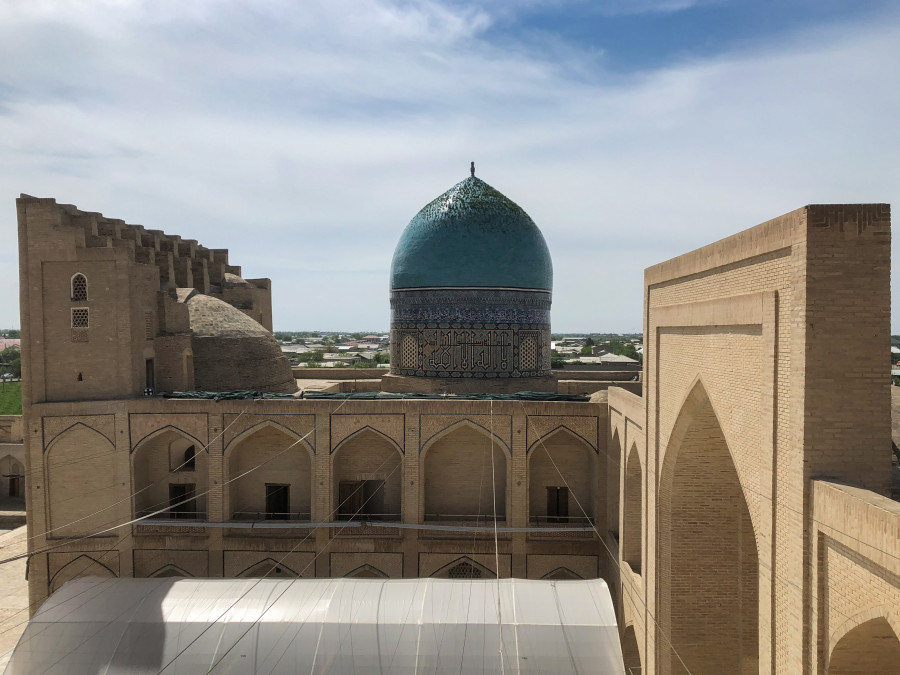 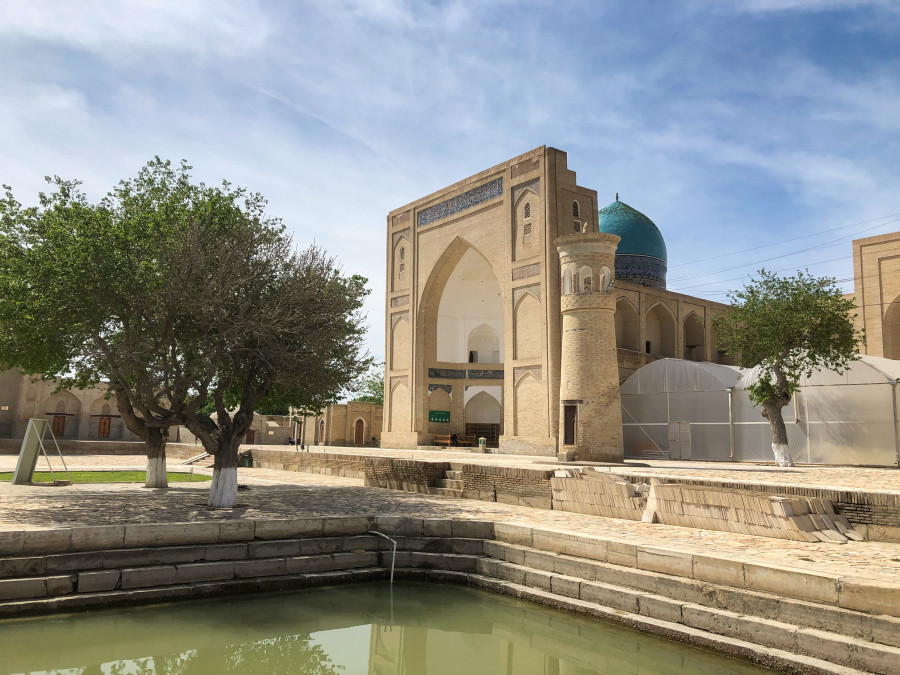 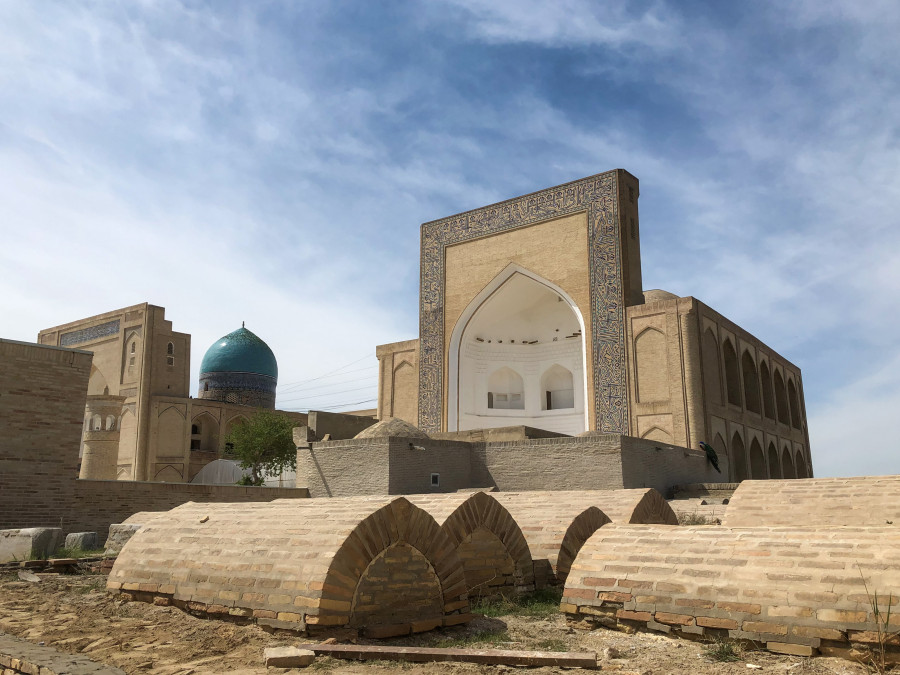 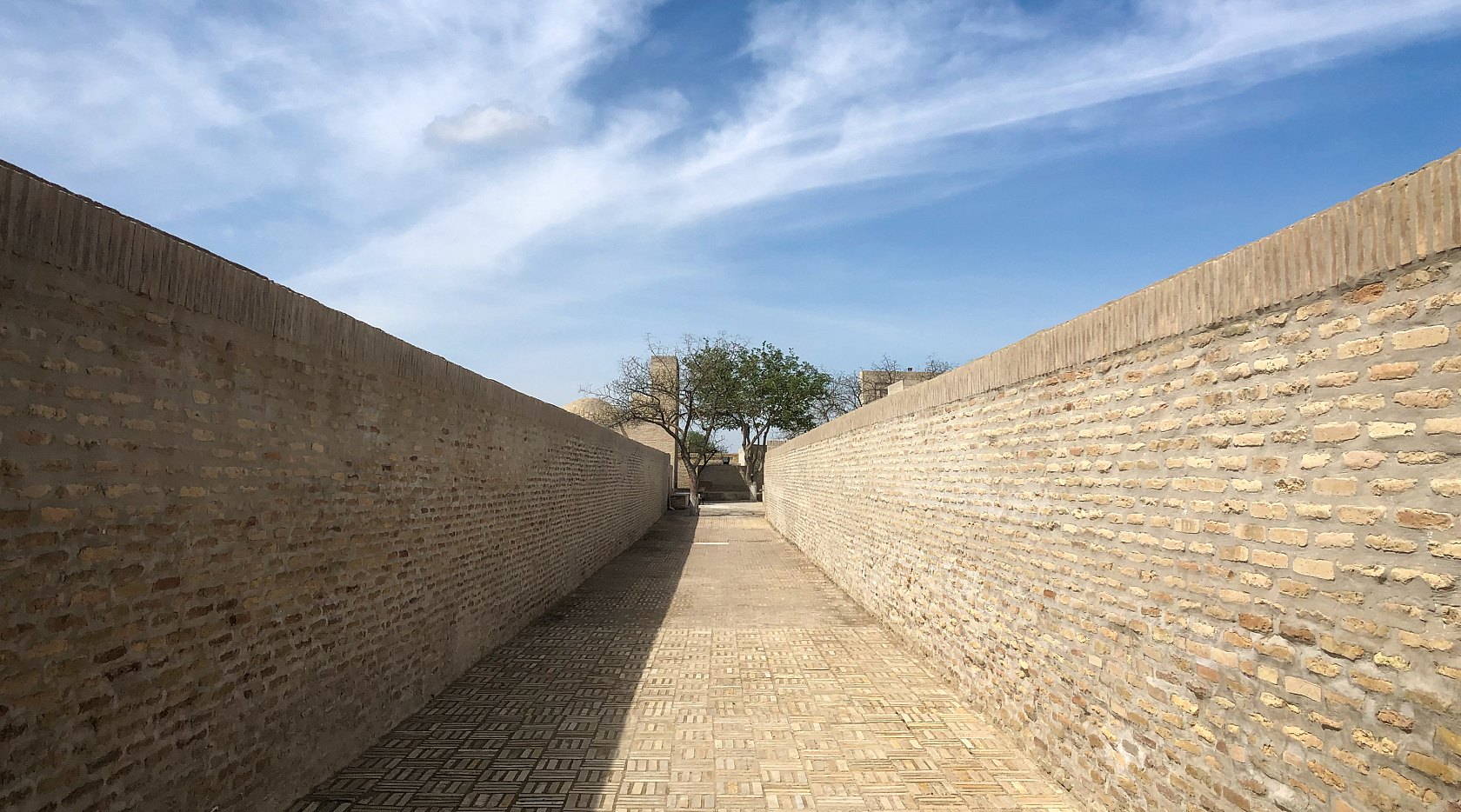 After that we visited the Sitorai Mokhi-Khosa Palace which was built in 1912. This summer palace was the last residence of the Emir of Bukhara. It was sadly in pretty bad shape and not really interesting. 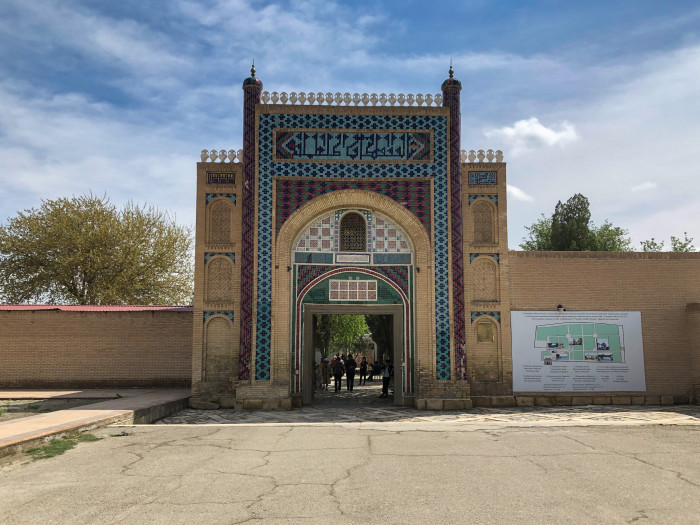 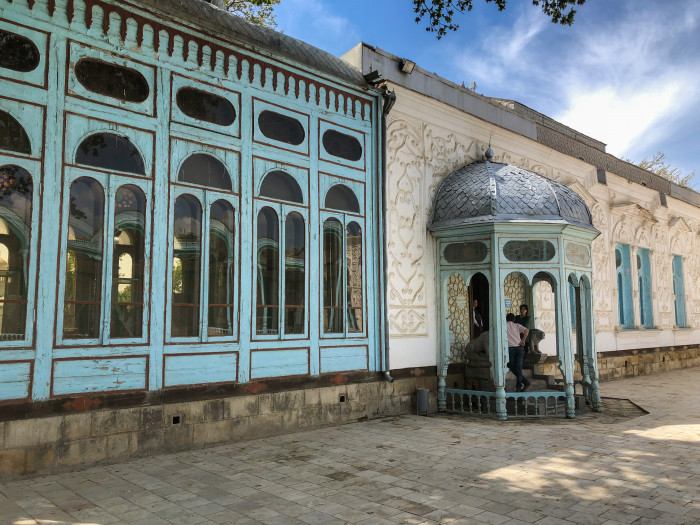 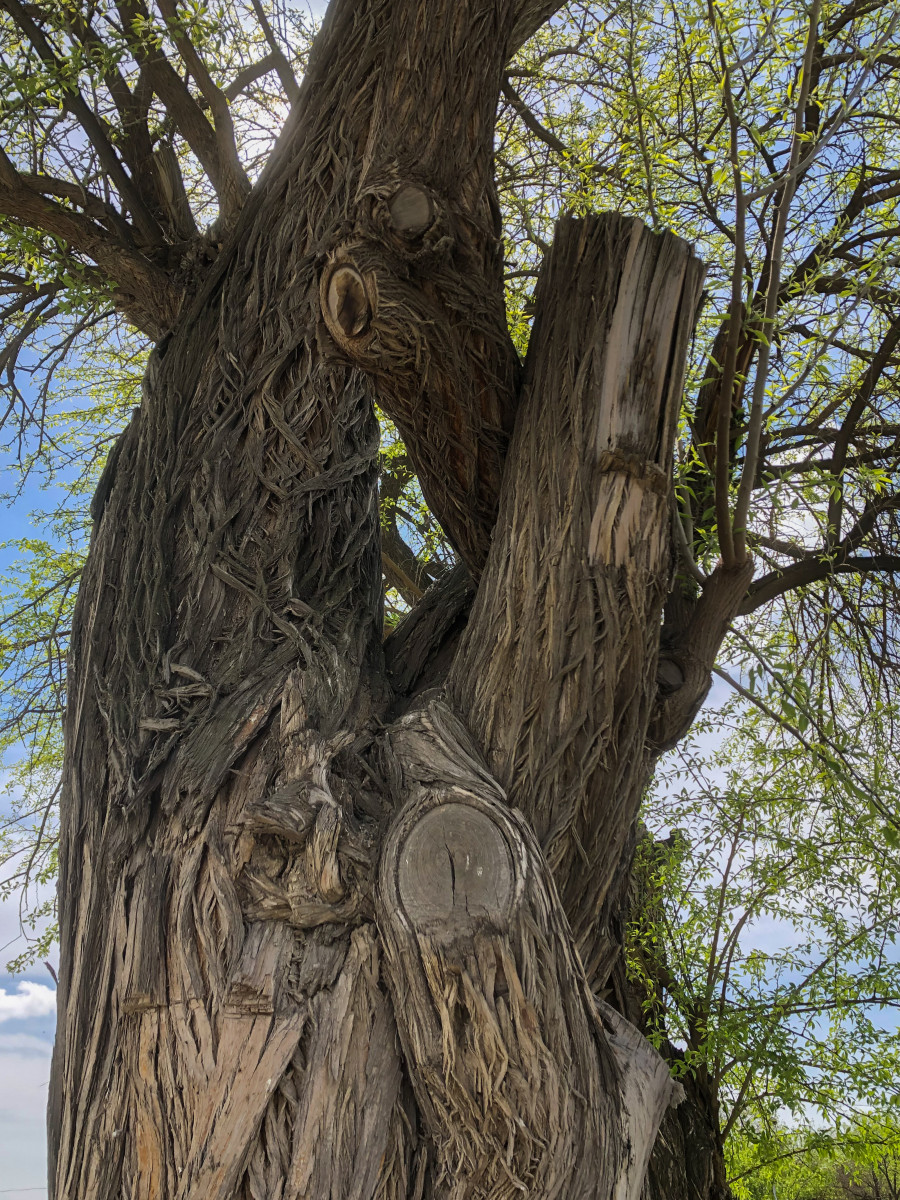 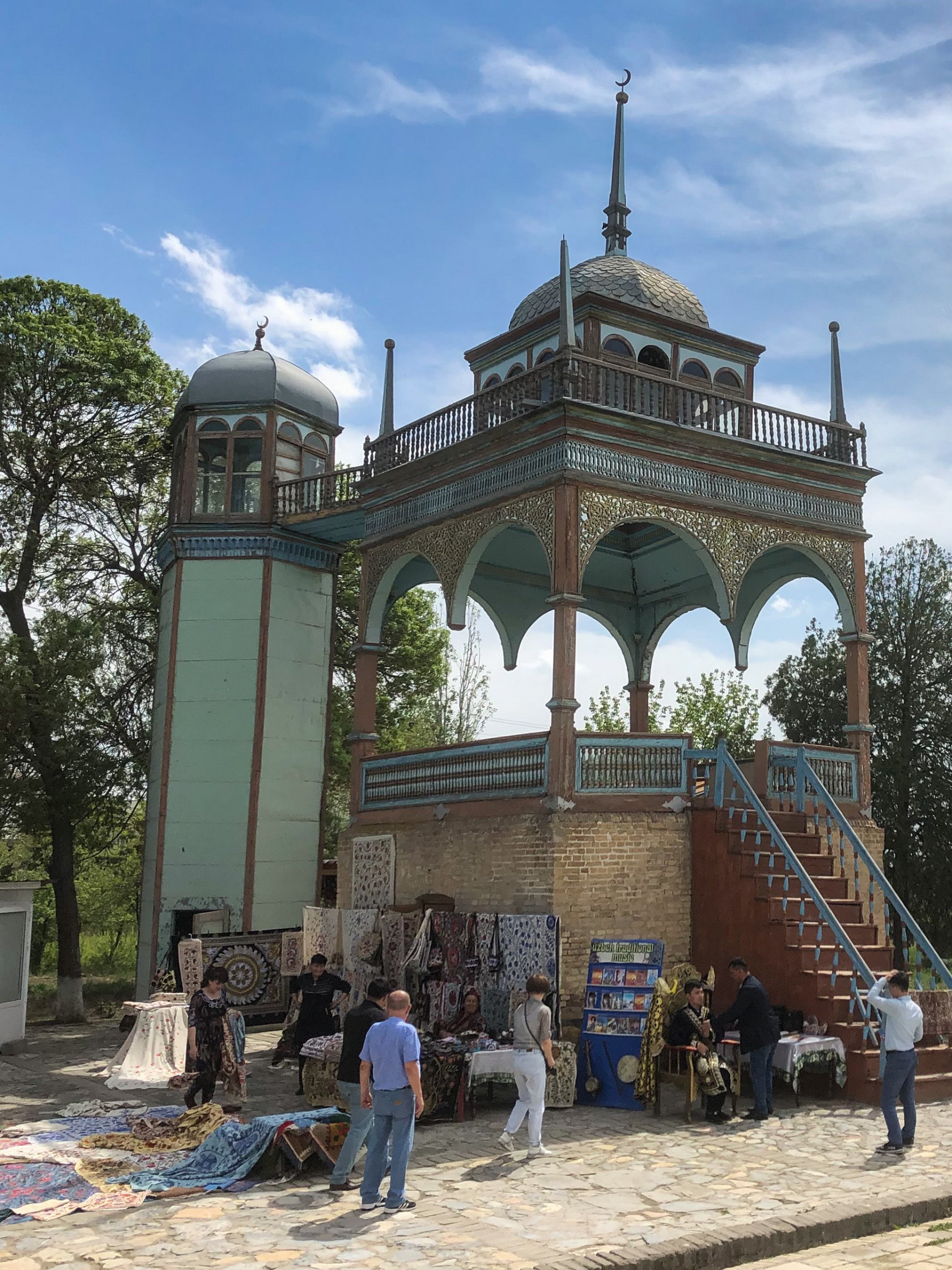 For our final stop we visited the memorial complex of Khoja Bakhouddin Naqshbandi. It was mainly a cemetery and a few modern mosques. Not really our cup of tea. 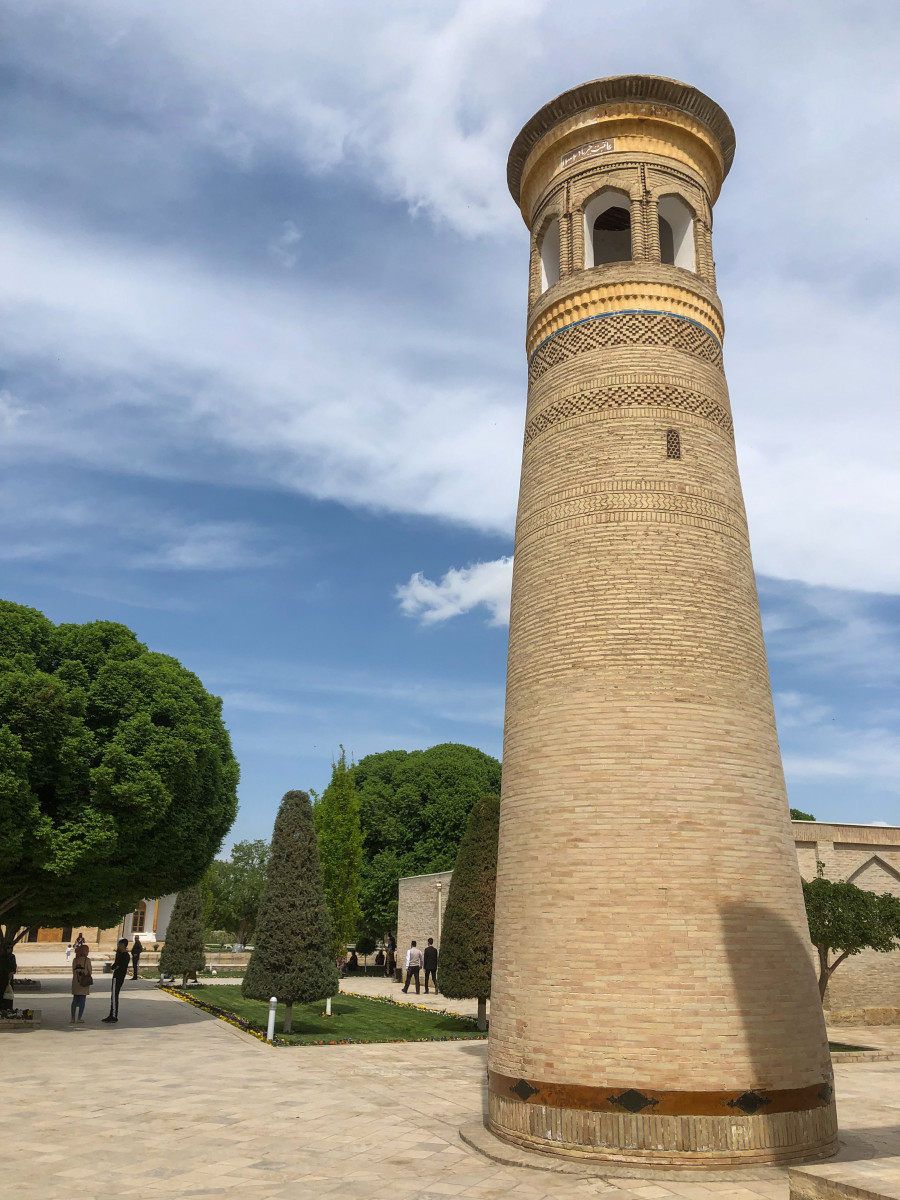 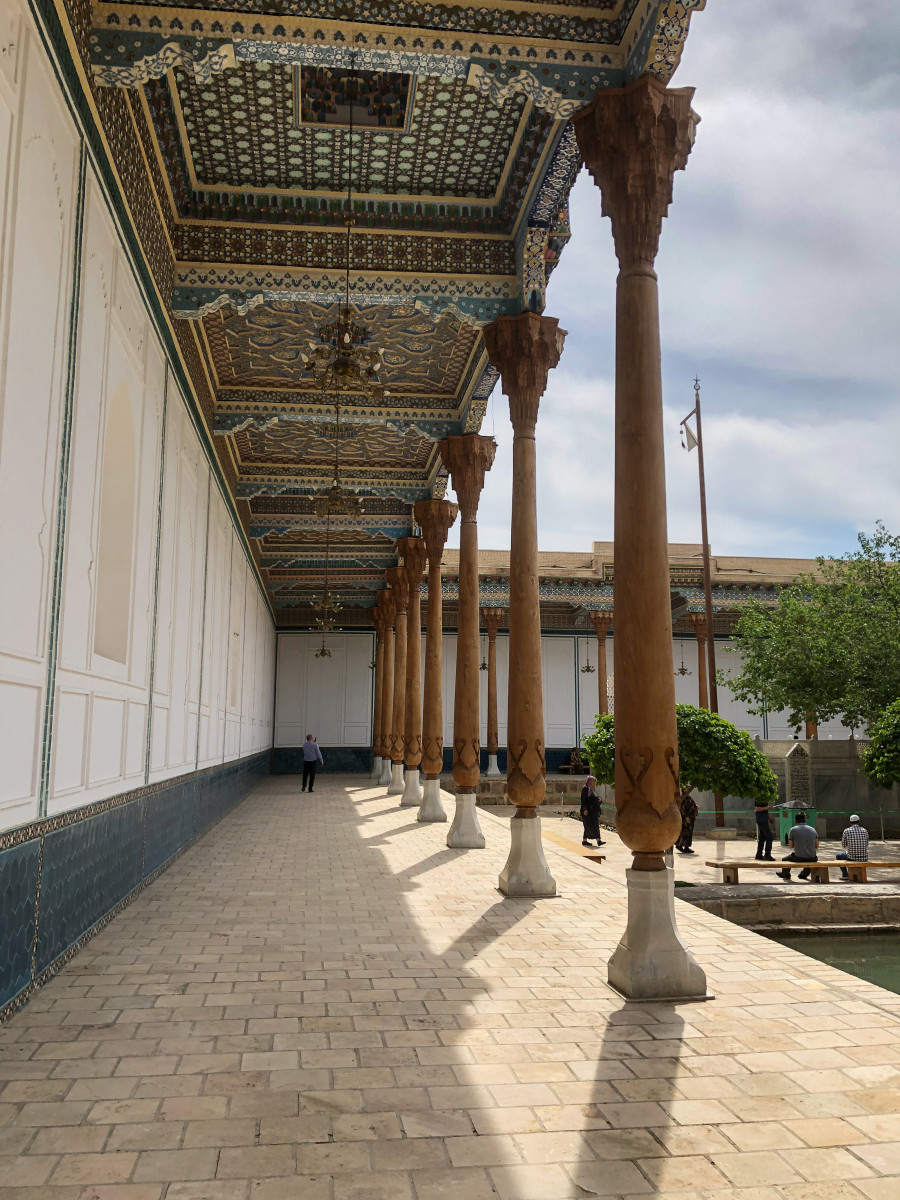 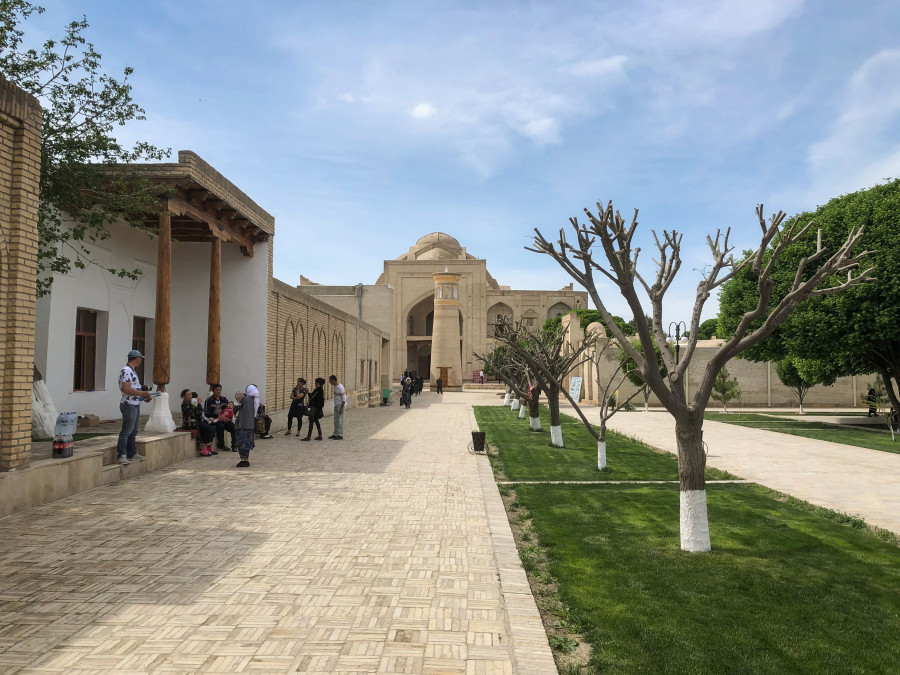 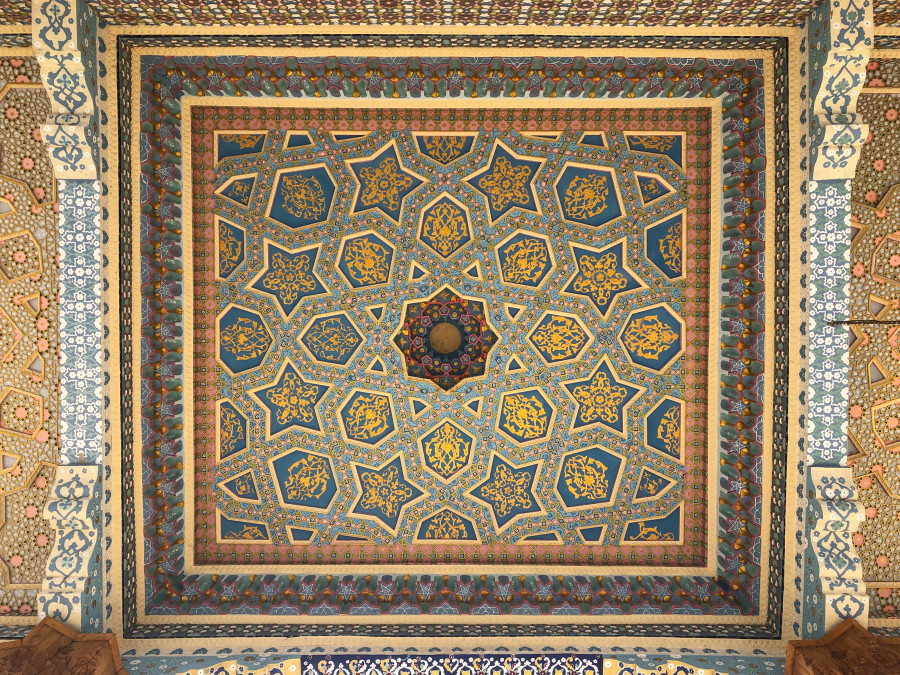 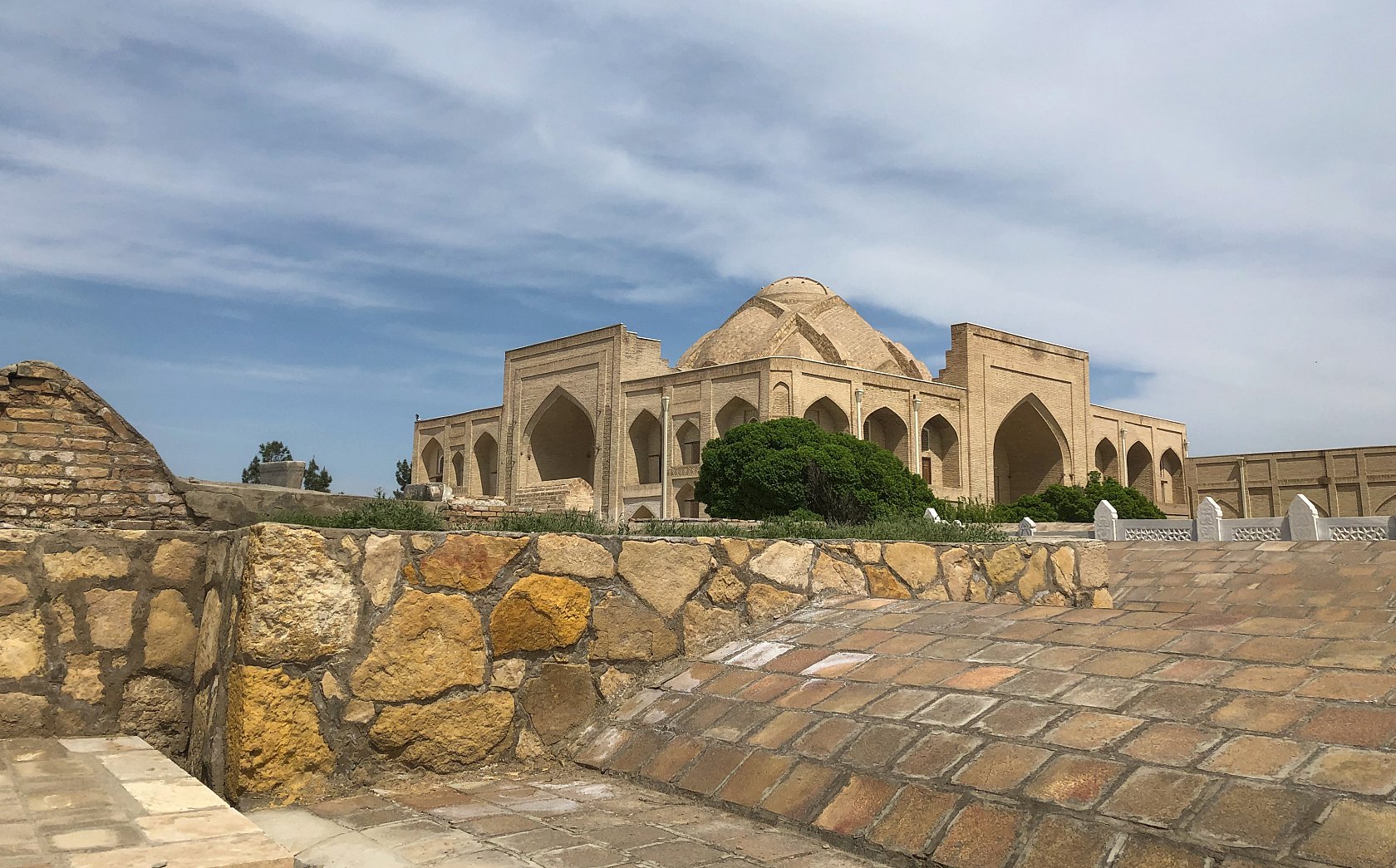 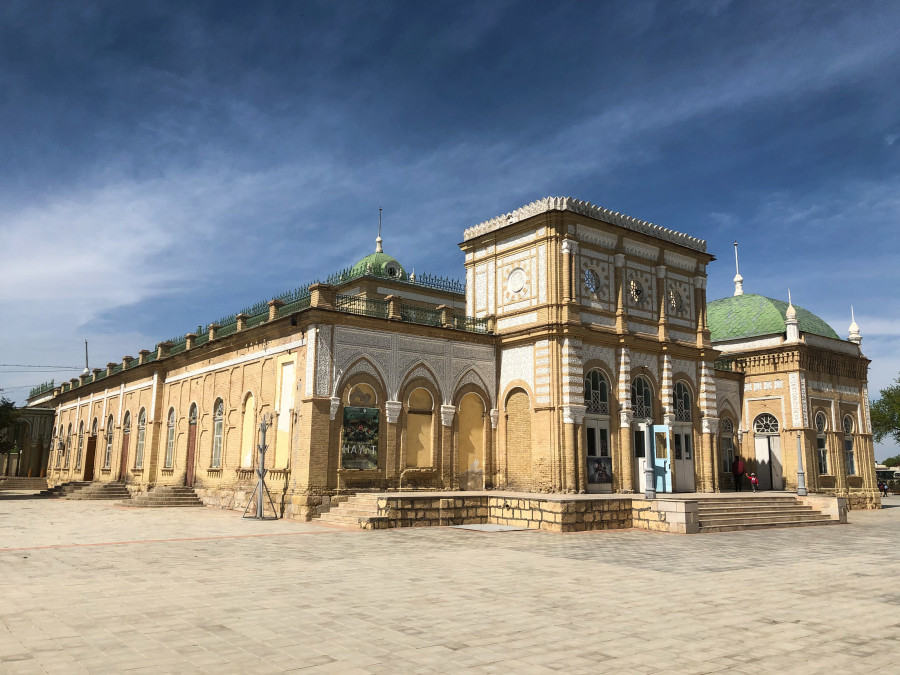 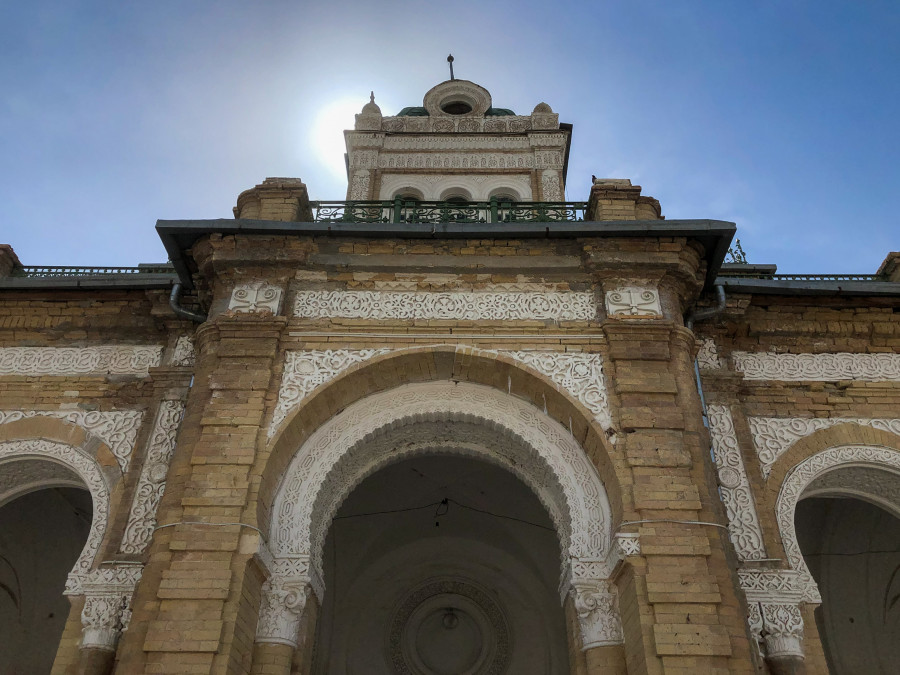 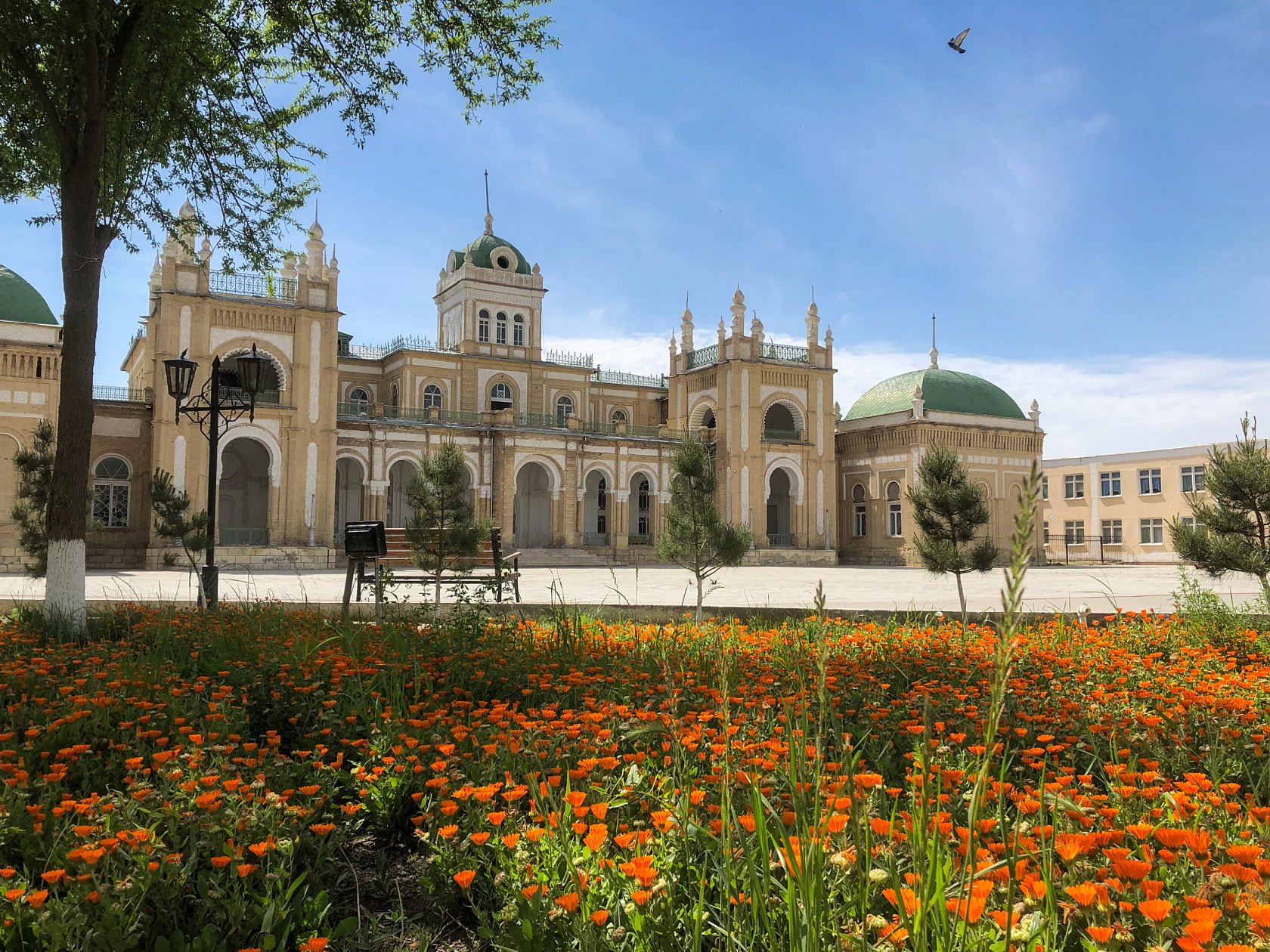 Time to catch the fast Afrosiyob train to Samarkand! 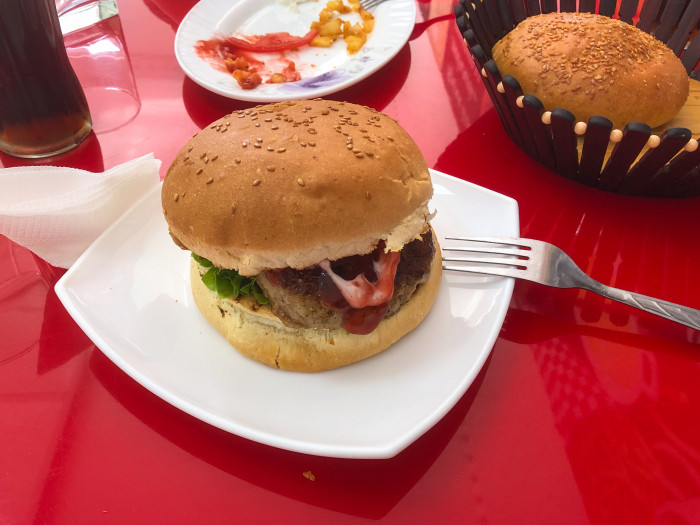 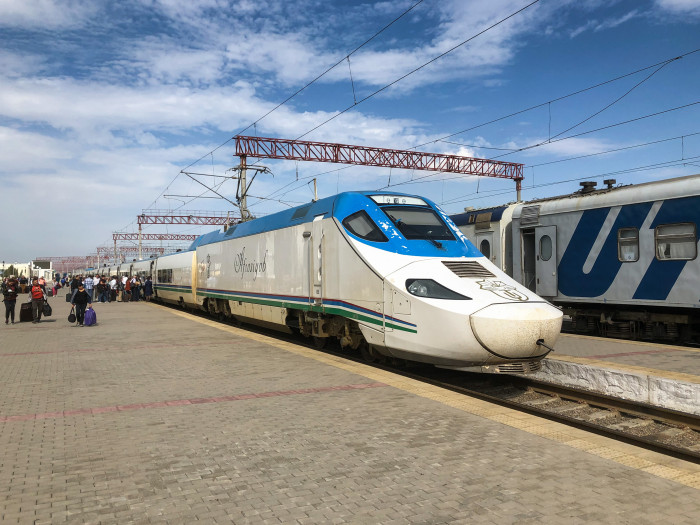 After relaxing for a bit we went in search of dinner and took a quick peak at some of the sights for tomorrow. 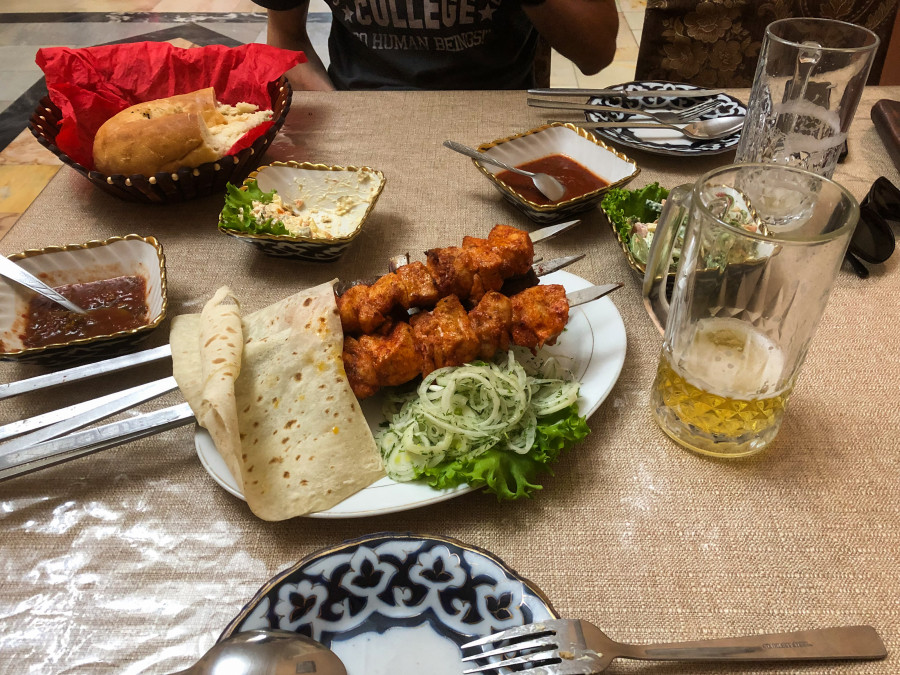 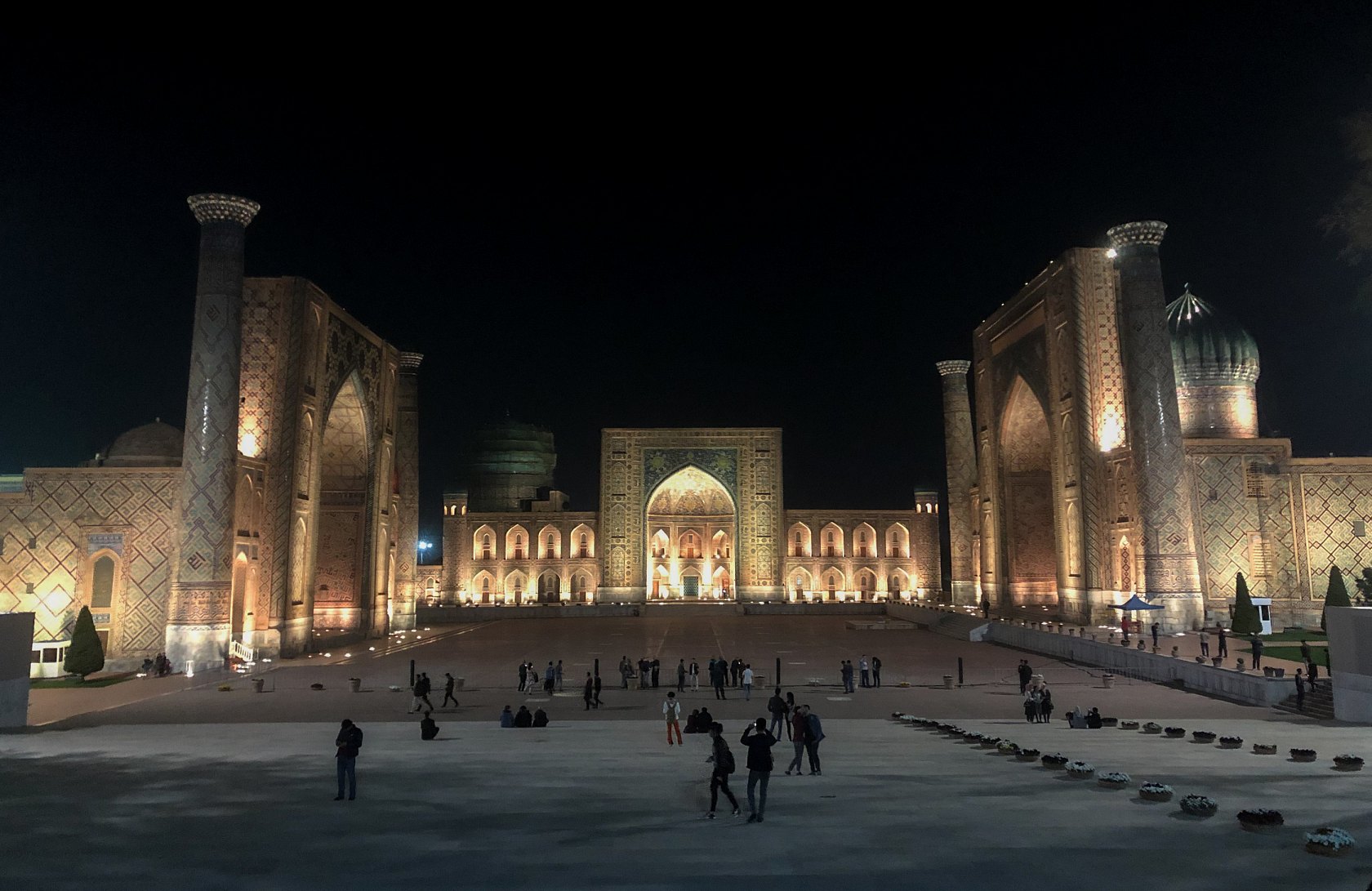 Tomorrow we are going to explore Samarkand and all it’s treasures!